There are four types of electric vehicles available:

System Architecture of 4 types of electric cars is as follows: 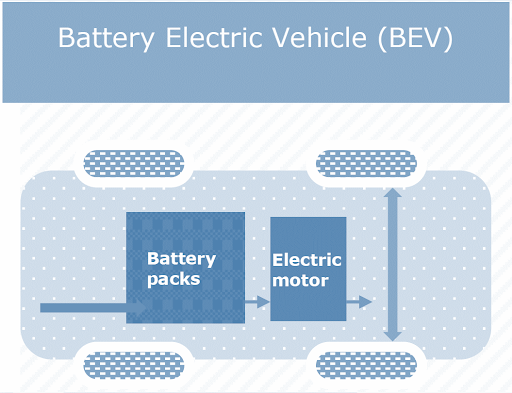 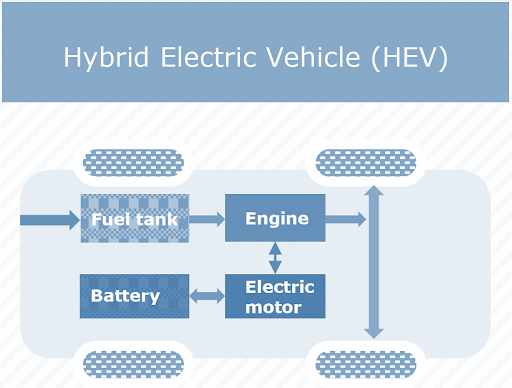 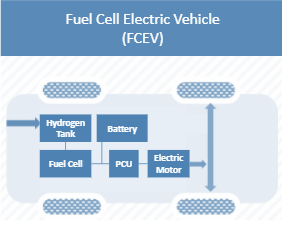 The power for the electric motor is converted from the DC Battery to AC. As the accelerator is pressed, a signal is sent to the controller. The controller adjusts the speed of the vehicle by changing the frequency of the AC power from the inverter to the motor. The motor then connects and leads to the turning of wheels through a cog. If the brakes are pressed, or the electric car is decelerating, the motor becomes an alternator and produces power, which is sent back to the battery

The PHEVs are also known as series hybrids. They have both engine and a motor. You can choose among the fuels, conventional fuel (such as petrol) or alternative fuel (such as bio-diesel). It can also be powered by a rechargeable battery pack. The battery can be charged externally. To find out more about PHEVs, click below.

PHEVs can run in at least 2 modes:

PHEVs start-up in all-electric mode and make use of electricity until their battery pack is depleted. Once the battery gets drained, the engine takes over, and the vehicle operates as a conventional, non-plug-in hybrid. PHEVs can be charged by plugging into an outside electric power source, engine, or regenerative braking. When brakes are applied, the electric motor acts as a generator, using the energy to charge the battery. The engine’s power is supplemented by the electric motor; as a result, smaller engines can be used, increasing the car’s fuel efficiency without compromising performance.

FCEVs are also known as Zero-Emission Vehicles. They employ ‘fuel cell technology’ to generate the electricity required to run the vehicle. The chemical energy of the fuel is converted directly into electric energy. To find out more about FCEVs, click below.

The FCEV generates the electricity required to run this vehicle on the vehicle itself.

© A joint initiative between NITI Aayog and UK Government